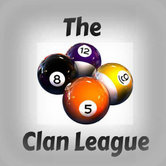 By participating in any of the competitions, clans and their players are agreeing to these rules and any decisions made by the League staff.

1.1 Clan size
Clans should consist of a minimum of 12 and a maximum of 16 players. At least one person should be identifiable as a Captain or Manager of the clan and may, or may not, be one of the playing members.

1.2 Captain / Manager responsibilities
Captains/Managers will be the primary point of contact between the League Runners and the clan. They will be approached to submit team lists and are expected to make sure their players are aware of which games they need to play and by what deadline.

1.3 Team lists for each fixture
Clans must select 8 players from their clan to play each league fixture (or the appropriate number of players for a Cup fixture as notified by the League staff), with the remaining players being considered reserves. These lists must be submitted to the League staff by the deadline given. Failure to do so will mean that 8 players will be drawn at random those eligible to play.

1.4 Player transfers
Prior to the season commencing clan rosters for the season must be submitted to the League staff to be registered. They will then be maintained on the Team Lists page of this website. From that point onwards any player may still transfer from one clan to another at any time without restriction but subject to the Quarantine Rule (1.8).

The League staff reserve the right to make any ruling on any transfer that may take place as appropriate.  All transfers are to be notified to the League staff on the League Team Changes thread (as per Rule 1.7).

Players may play for no more than two different clans in a season.

No player may play Cup games for more than one active clan in a season.

1.5 Free agents
A free agent is any player not registered to a clan. Free agents may be signed at any time.

1.6 Withdrawing clans
When a clan officially withdraws, or is dissolved, during a season all results will be expunged from the records. The League reserves the right to remove any clan from the competition at any time.

1.7 League host notification
Clans are required to inform the League staff of any changes to the personnel in their clan. This includes all players leaving and joining the clan or existing players changing their user names. Any changes made are to be notified by posting on the League Team Changes thread and are considered official from the point they are posted on the thread.

1.8 Quarantine for new signings
Only players (user names) who are registered for a clan at the time each fixture is released may play games in that fixture. Any player that joins the clan after this point is not eligible to play until the following set of fixtures. Note that this means players changing their user name are also not eligible to play until the next set of fixtures.

1.9 Replacing players that leave the clan
At any time, a clan may remove a player from their clan and/or replace a player that has left the clan with any free agent, however the incoming player is subject to quarantine as per Rule 1.8 above.

1.10 Forming a new clan
New clans are permitted entry into the league only between seasons and at the discretion of the League staff.

1.11 Admittance for new clans
Anyone forming a new clan must message the League hosts or post on the official League forum on the Funkypool website if they wish to seek entry into the League. The League staff reserve the right to refuse any clan entry to the League.