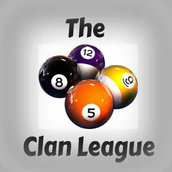 By participating in any of the competitions, clans and their players are agreeing to these rules and any decisions made by the League staff.

8.1 Definition
A default is a manually decided game result, decided by the default panel, and based on guidelines outline in the following paragraphs.

8.2 Forfeiting games
Games may NOT be forfeited by neither the clans, Captains nor players involved. Any game that is less than 100% completed is determined according to the default guidelines.

8.4 Sending info to the League staff
Clan Captains should make sure that all relevant information (for example private messages and proactive posts) are sent to the League staff either no later than 48 hours after the fixture period ends, or by a deadline as notified by the League staff. After that, the default is processed, with or without support information, and all decisions are final at that time.

8.5 Most important factor
Defaults are largely based on how much each player has contributed towards getting their game played.

8.6 Player skill levels
Neither the skill levels of the players involved nor the likely outcome of the game (had it been played) are considered when deciding a default score.

8.7 League exclusion for multiple defaults
Any player getting two defaults against them may risk being excluded from League play at the discretion of the League staff.

8.8 Default guidelines
The following are a set of guidelines by which defaults are normally decided. They are guidelines, not rules, and the panel may use their discretion (regardless of these guidelines) when deemed necessary.

8.9.1 Number of points awarded
The point total for any default game could be anywhere between 12 and 0, depending on the efforts made by each player to play the game.

It is an expectation that there will be little reason for unplayed games given the number of players available and the time allowed to complete a fixture, therefore the starting position for a default score, before consideration of any information provided, will be 0-0 and this will be enforced where no meaningful evidence is provided.

Ordinarily there will be no Win or Completion bonus points awarded.

All default scores are final.

8.9.2 Messaging
A player having messaged their opponent to arrange a time to play, or engaged with their opponent in a forum thread, counts favourably for that player, however there must be continuous ongoing effort visible in order to gain points. Failure to provide any evidence of messages sent means they will not be taken into consideration.

8.9.4 Not using substitutions
A clan failing to use their option of substituting a player into the game within the deadline counts negatively. However substituting alone will not be considered positively unless it corresponds directly with visible efforts of the players involved to engage with the opponents.

8.9.5 Timing of substitutions
While using the option of a substitution is positive, doing it very close to the fixture deadline is not, since this leaves little or no time for the opposing player to arrange a time to play. Failure to properly notify the opponents of the making of a substitution may count negatively in any default decision.

8.9.6 Relevance to overall fixture outcome
All default games are judged separately and independently. Each default is decided purely on the evidence provided for that game between those two players, regardless of what impact this has on the overall outcome of the fixture. The defaults panel is encouraged to refrain from looking at overall results at all before giving their input.

8.9.7 Number of panel inputs
No default should ever be decided without input from at least two people from the default panel, in order to keep things as fair as possible and ensure no aspects are missed. Panel members cannot judge games involving their own clan.